Workshop bookings are essential. Book via email – gallery@kingaroyart.com.au or phone (07) 4189 9323 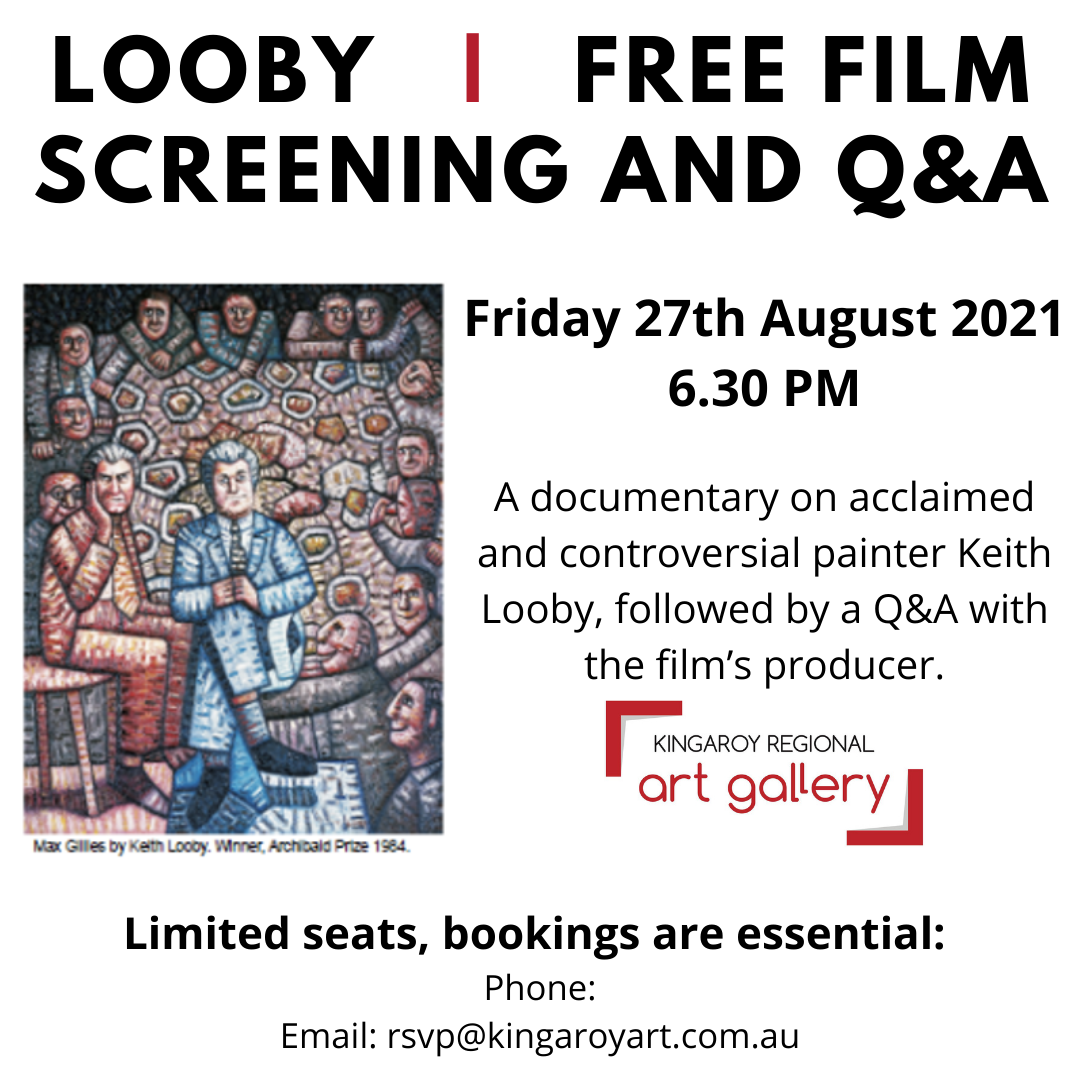 Join us as we screen ‘LOOBY’, a documentary on acclaimed and controversial painter Keith Looby, followed by a Q&A with the film’s producer.

Perhaps a habit of drawing colonialism, painting non-conformists and speaking up made Looby persona non grata? With sumptuous cinematography, candid interviews and a striking original score, LOOBY uncovers the life and work of an artist we need to remember.

Following interstate screenings, rave reviews at the Melbourne Documentary Film Festival and a Sydney premiere at the National Art School, LOOBY is screening across Australia throughout 2021.

Born in Sydney, Keith Looby entered the National Art School as a 15-year-old and graduated with an unmistakable style that went on to win Australian painting’s highest plaudits including the Sulman, Blake and Archibald prizes. The latter with Max Gillies as Bob Hawke (above).

As the indigenous artist and frequent Archibald finalist Blak Douglas remarks, “In the sixties when these were created, it was an incredibly gallant thing to be portraying this kind of imagery – because it wasn’t far off the referendum!”

LOOBY’s original score complements the mercurial moods of the man, while calm cinematography invites viewers to luxuriate in the striking figures and expansive scale of his work. LOOBY lets us all appreciate what establishment tastemakers no longer can.