Workshop bookings are essential. Book via email – gallery@kingaroyart.com.au or phone (07) 4189 9323

Who do you think the figures are? 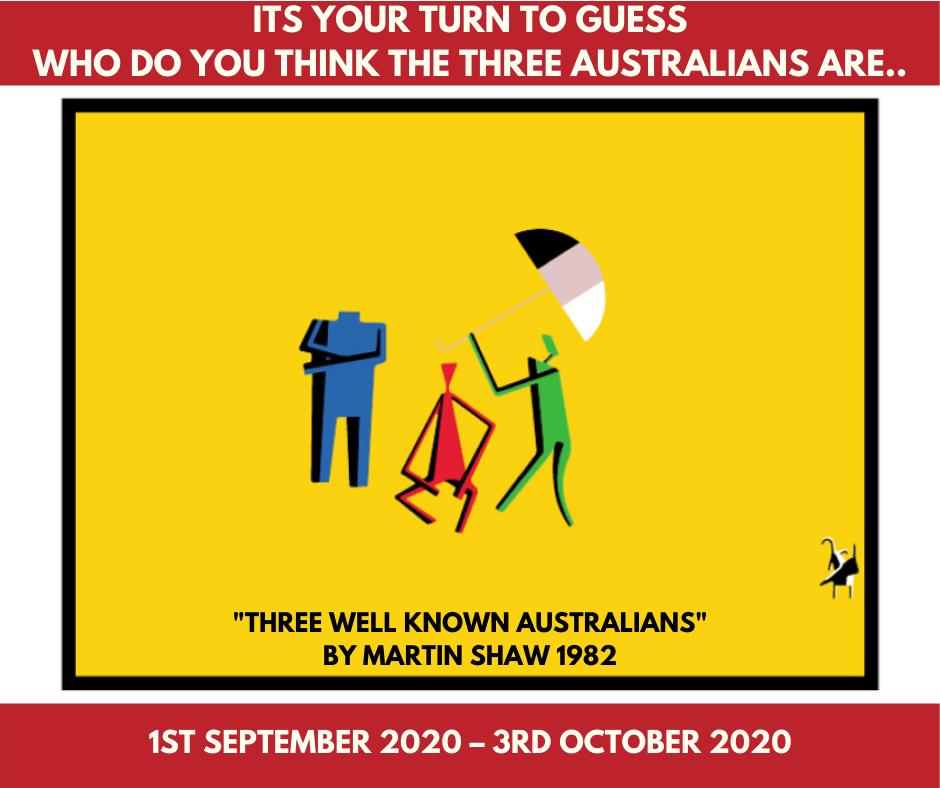 Martin Shaw’s painting Three Well Known Australians is not just an artwork, but an interactive exhibition in which visitors are invited to guess the identity of the three figures and record your thoughts in the yearbook provided.

Shaw says “he did have three Australians in mind, or Australian themes when he did the painting in 1982,” but he declines to disclose who or what he originally had in mind.

The painting along with letters and yearbooks from past travels makes for a fascinating and fun exhibition as it records the thoughts and guesses from previous exhibition visitors from all walks of life.

“These yearbooks form a portrait of Australia – what people in 1983 thought is going to be different to what people think today,” he says. Shaw thinks of the project as a rolling “historical social commentary” of Australia. He also sees it as a symbol of stability – a comforting constant in a time of political and social flux. “The longer this painting keeps on touring Australia, the longer it’s saying something about the state of the country,” he says.

Come and add to history with your guess of ‘who they are or represent’.